It has been a gloomy, rainy day but things are okay regardless. Gary and Shelly are helping with a function for the BCHBC (Back Country Horsemen of BC). I sent cookies and a prize.

After a productive run to the recycling depot/transfer station and the grocery store, I went to the Dunster Market. I visited with old friends and younger friends and bought a few tomatoes and a lemon loaf. Also a hot dog for lunch.

Other than the care of dogs, cats and chickens, I haven’t done much today. I did make a very small batch of salsa.

I’m sleepy. Last night, after my “closing” time, the RCMP delivered a puppy which belongs to someone they arrested and hospitalized. That sweet dog cried half the night; she has no idea that her human talked of shooting her!

The officer who delivered the pup has heard at least some versions of the Pet Hostel’s history with the RCMP, and promises we will get paid for boarding. You know, it’s not that we need to get paid for every little thing we do. But the incidents of the past have resulted in us getting stiffed for thousands of dollars in services, usually keeping seized dogs or cats and never being granted permission to surrender pets to a shelter, but never getting reimbursed by the RCMP either. Certainly the owners never have the means to even cover the costs, even when said owners contact us.

Several people picked up garlic today. One customer remembered that I was trying to cope with the loss of our little dog, and brought flowers from her own yard. 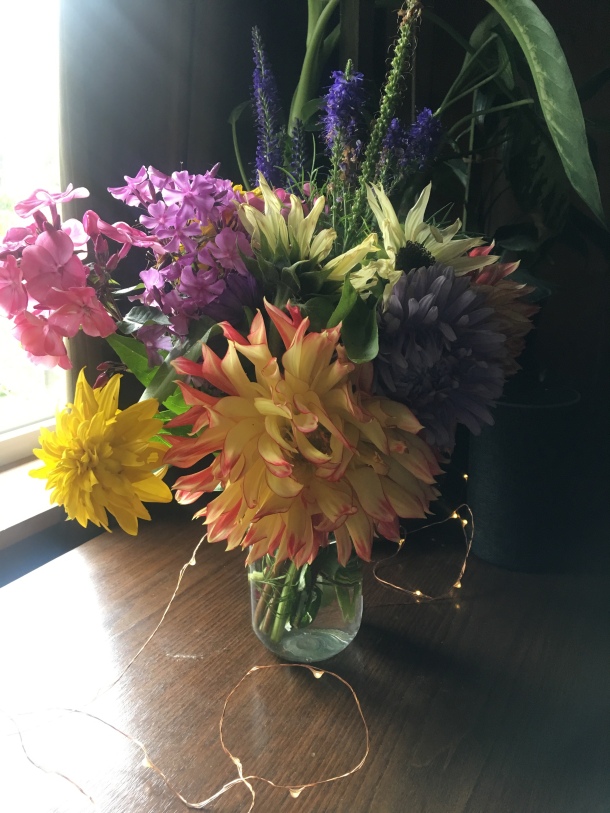 The flowers from Joan and David are still beautiful too!

This is Blitzen, one of our boarders. This dog would rather cuddle than eat, so I give him extra attention. He eats very well on his own time.

At the Pet Hostel, we have Blitzen, Timber & Tony, Cosmo, Emmy & Lily, Maggie, and the dog brought by the RCMP whose name might be “Scotch”.

I was asked by a potential customer on the phone last week, “How many dogs do you normally have there?” That is a fair question, coming from a human who found bigger kennels overwhelming to her and stressful to her dog. I explained that we normally have more than two but rarely more than twenty. The whole situation/conversation seemed to make a good case for staying small!

Cosmo has my number … I’ve been feeding him steak and ground beef with his kibble. He told me to. 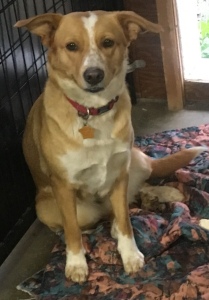 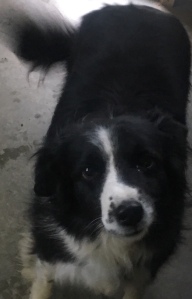 All in all, it has been a pretty good day.

Groomed these lovelies on Thursday. 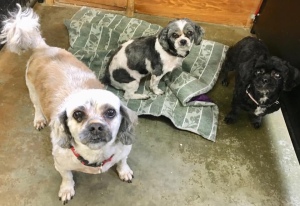